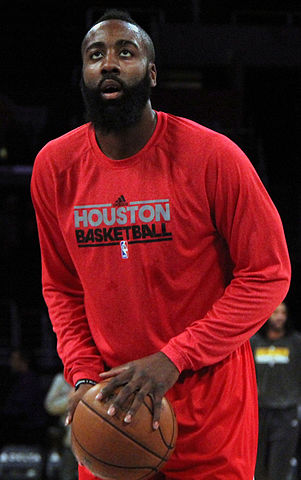 The Houston Rockets have an uphill battle when it comes to beating the Golden State Warriors. After losing game one last night, 119-106, one simple thought comes to mind: how in the world the Rockets can contain the best team in the league? The Rockets can at least somewhat neutralize the Warriors by chasing them off the three point line and running more plays for backdoor cuts and player movement.

Both of these teams partake in a feast or famine from the three point line. They combined for 70 total attempts in game one, the Rockets taking 37 and the Warriors launching 33. While each squad nailed 13 three’s each, there’s no doubt that the Rockets need to play the numbers game and force the Warriors to take twos. Much like the Celtics did against the Sixers in their second round series, forcing Golden State to be a paint scoring team means you can stick around longer throughout the game.

Defending without fouling is key when forcing Golden State inside the arc. If they go inside and get a lot of buckets plus the foul, that totally negates any positive impact hard close outs have. So the Rockets need to run hard at Klay Thompson in particular, who took 15 threes. Force Klay to make adjustments, a long two is a much better shot to have him take than any shot beyond the arc.

Often if the Warriors can’t get the first look at a three they want, they drive and kick back out to the perimeter for another long ball. The Rockets have solid defensive rotations already, but they have to be as crisp as possible so no Warrior has tons of daylight out there. Close out hard and at the same time be ready for the drive, pump fake, and rip through. The Rockets defense is the best it’s been in years so hopefully coach D’Antoni can get the guys motivated to bring even more hustle for game two.

The Rockets don’t often pass the ball around to multiple guys each possession. They play iso-ball and they do it nearly as well as any team can. That being said, having a few more off the ball screens for backdoor cuts and even a little player movement would be refreshing. Watching Harden, Paul and Gordon isolate is eerily reminiscent of Joe Johnson’s days in Atlanta and Joe happens to be with the Rockets today!

Using Capela as a screen setter for Trevor Ariza or Gerald Green to cut to the basket for an alley-oop could be highly effective and a breeze to implement. The possibilities are endless and it’s baffling to see a game where the number of off the ball screens appeared to be at most five. The Rockets can’t completely change their offense at this point in the season, but allowing other guys to contribute and take some of the scoring load away from Harden and Paul could save them precious energy and open up the floor, discouraging the Warriors defense from collapsing on one Rocket.

The Warriors are a handful and the Rockets know game two is a must win. As long as the Rockets stay within striking distance, keeping any deficit below 10 points, they have the offensive firepower to win against anyone. Going to Oakland with a split is the only way the Rockets stand a chance in this series. Even then it will be extremely tough with how well Golden State is playing. Game two is Wednesday at 9:00 PM Eastern time, TNT has the game. Another great game coming up!!

1 thought on “Can the Rockets Stop the Warriors?”