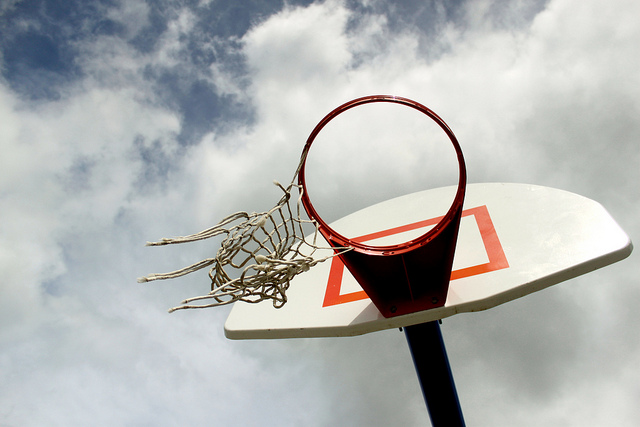 When there’s no basketball to watch, what can you do? Get out on the court and make your own game! Get into your local gym, work on your game and play pickup.

The doldrums of the off-season are tough. There’s nothing to watch, not much being talked about in the basketball world. Though the game never stops, everyone’s working hard in the summer and it’s imperative that you do the same!

Your body will thank you and you’ll forget how boring the off-season can be.

Just hearing the ball bounce and go through the net is so refreshing in itself. Eventually, as you progress, you can play (and hopefully beat) other players! It’s fun, competitive and a truly indescribable expression of athleticism.

So, what are you waiting for? Go out to your local court and play basketball!